This is a flash fiction for Sunday Photo Fiction – 200 words or less based on the photo prompt. Follow the linky for an explanation of the rules or more stories.

Magdalena had enjoyed 8 happy years of marriage and expected many more to come. Her husband was a thoughtful and honest man, and the idea of abandoning him for anyone else would never cross her mind.

Somewhere down in one of the many netherworlds, three old crones were watching the human world through their special crystal glass. Nothing gave this sadistic bunch more pleasure than watching unhappy mortals.

They didn’t need to get involved too much, humans were very good at making each other miserable. However, they were capable of a few manipulations here and there, and it made the watching even more entertaining.

A stranger was passing through Magdalena’s village, and all it took was one crone’s whisper: “Isn’t he handsome?”

The Sunday Photo Fiction challenge is facilitated by Al Forbes and involves creating a 100-200 word story around the featured picture. Please follow the link the find the rules.

“She won’t let the seasons change.” Little Bird pecked viciously at the orange leaves, letting them cascade onto the damp ground. “None of us ever want winter to come, but permanent autumn won’t work. And it won’t be long before humans notice the nights aren’t getting shorter.”

“Yes, I promise I am,” I snapped my eyes away from the fiery coloured trees. “I’ll speak to her.”

When I made my approach, she was sat between the boughs of her favourite Great Oak. Her long, silvery hair spilled down the tree trunk, snarled with twigs and dirt.

“It’s almost mid-December,” I said gently. “I know that it’s hard to move on…”

When she turned to look at me, I saw her eyes were red-raw, and full to the brim with pain which hadn’t lessoned in the past two months. She looked like she was about to say something, but then gave up.

“No matter how long it stays autumn, he won’t come back,” I continued, firmly.

A week later, the tree branches were bare.

Sunday Photo Fiction: 200 words based on the picture prompt, and click the link if you’d like to take part or want to read other submissions. It’s a been a while since I last submitted something. I’m very glad this challenge is reliably here to give me direction when I do feel like doing some writing!

Adam stood in the middle of his late grandad’s living room. Looking to the left, he saw bare walls and bin bags. He’d spent the past hour systematically stripping the place down, unsentimentally doing the job his mother didn’t feel capable of doing. Adam himself hadn’t known his grandad that well, but needles of guilt were bothering him. His cavalier approach to clearing the house was beginning to feel irreverent.

Looking right, the room was still preserved as grandad had left it, identical to Adam’s memories of the rare childhood visits, even down to the stacks of photography magazines on the coffee table. The magazines must have been sat untouched for years, which inspired some curiosity in Adam as he picked one up. They were still in their plastic jackets. Had grandad been intending to read them for the past decade?

Hours later, Adam pulled a digital camera out of the wardrobe, still attached to a USB cable. In the evening, he plugged the thing into his computer to see how grandad’s photography skills had fared despite neglecting the magazines.

A single photo loaded, partially obscured by Grandad’s thumb, of an A4 page filled with handwriting. It began: 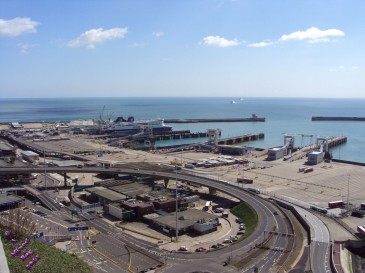 A piece for Sunday Photo Fiction.

A strange dust began pervading the air above the roads, accompanied by an oily scent. Over the course of some months, the haze became dense and unbreathable. When the newspapers told us the air could be cancerous, our family of four packed our things.

As the dust was presumed to be a result of urban activity, we went to live with my grandmother and her dog, who resided in a remote village. The lack of mobile signal made it difficult to know how my friends were doing, and there was nothing in the news besides the health warnings we already knew.

One wet morning, three weeks after we had moved, I was walking the dog in the nearby woodland. I noticed an odd smell. Lots of trees seem to have fallen over, even though the storm the night before had been mild. After climbing over the wreckage, I saw the cause.

An irregular strip of tarmac stretching as far as the eye could see, fingers of asphalt forking away like growing branches. 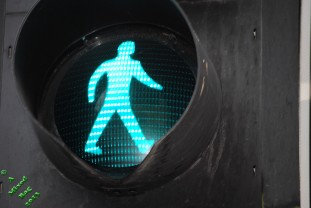 The sports hall is as cold as ever. I’m surprised my breath doesn’t fog up as I exhale it into the still, silent air. My skirt and thin tights are offering approximately zero protection from the temperature.

Tables fan out around me, their occupants fidgeting and pale with nerves. I’ve seen all the invigilators who are handing out papers before, but only know them by their nicknames.

Blonde Bombshell writes the name of the exam on the whiteboard: Introduction to Thermodynamics.

Mr Potato’s deep voice rings out clear across the hall, “You may now begin.”

I turn over the first page, and slowly decipher a jumble of words and numbers. So, I’ll need that equation.

I slowly slide my skirt up while I check there’s no one looking, and glance down at the notes written on my thighs. 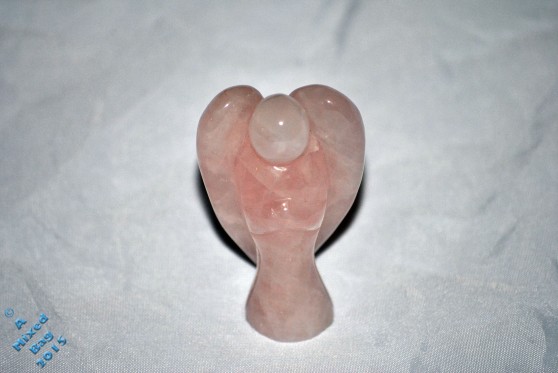 Please check out Al’s page for the rules, and other entries.

I’m trapped in a beautiful prison.

The six walls that surround me are lined with ebony shelves, perhaps ten storeys high. Three are hidden behind silken curtains, and crammed on the shelves are treasures upon treasures. Despite the length of my incarceration, I still discover new things, even now. Strings of pearls, diamonds, filigree gold jewellery, boxes lined with satin, leather books written in languages I don’t understand, china dolls, animals carved from onyx and agate.

Many days ago I discovered a stone angel that seemed warm to the tough, about the length of my palm. It bears a likeness to someone I once knew, a certain prince who was cursed for trying to use his wealth to become a God. My memory of him is obscured and distorted, like someone tried to burn it.

The angel whispers something about a seventh wall.

Sorry that I’ve been neglecting the blog, but I moved to Kent yesterday. Hopefully I’ll have more time for writing now! If you’d like to see the rules or the other stories, click here.

“Who’s the lady at number 17? I never see her talking to anyone.”

“She is Karen Hannah. A wretched woman who isn’t welcome in my home or in the homes of my friends.”

“What she did is irrelevant. The point is that she got what she deserved. You might disagree with the phrase ‘An eye for an eye.’ You might think it’s unbecoming for ladies like us. Not in her case.”

“Let me tell you, that woman did what she did for attention. If she wasn’t, then she ought to know that every action has an equal and opposite reaction. Since she clearly has no conscience, we’re simply teaching her that there are consequences to the things she does.”

“Hold on, is this the same Karen who Susan mentioned? The one who… Oh.” 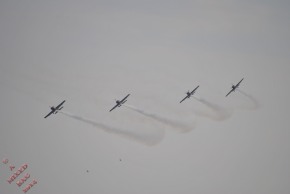 The photo belongs to Al Forbes, who also organizes the Sunday Photo Fiction challenge. I’m determined to try and keep up with flash fiction challenges at the moment, but I’m so tired as I spent last night scouring adverts for rooms to let since the landlord I had an agreement with let me down. Because, you know, the prospect of moving 150 miles south wasn’t stressful enough…  0_o

At 12 and a half, Lara still had six more months before she’d be one of the uniformed teenagers standing in the row before her. Her father, the leader of this Air Cadets squadron, paced the line before growling at a mousy girl not much older than Lara herself. The girl’s shoes were scuffed. “Not acceptable,” her father barked.

It must be worth it to them, Lara thought. The uniform, the strictness, and the many, many rules. They were here because they chose to be. Lara’s parents had worked with this squadron for nearly a decade. It had always been expected that she’d join as soon as she was old enough.

Lara had once expressed the sentiment that she didn’t really get it. Her parents had responded with talk about her CV, getting a gliding license, and all the activities. She’d enjoy it, they said, once she was a part of it.

Lara scowled at her father’s back. She didn’t want to be a part of it.

Click on the photo to be taken to Sunday Photo Fiction Central!

It all began when the flowers gave birth. Large, smooth stones began to appear besides flower beds and plant pots. They were different sizes but all a uniform eggshell blue, smooth to the touch and actually rather aesthetically pleasing if you stopped to admire them.

Steadily, little indentations began to appear on their surfaces, one on every rock. They deepened and little teeth began to form around the resulting hole. If you lifted them to your ear, you might hear a gentle hum. Five seconds later, you’d feel drowsy. Another ten and you’d be dead.

When all the rocks had mouths with perfect sets of teeth, they began to sing. As the soothing voice of the stones carried through the streets, more and more people fell to the ground.

No zombies. No killer virus. No asteroid. 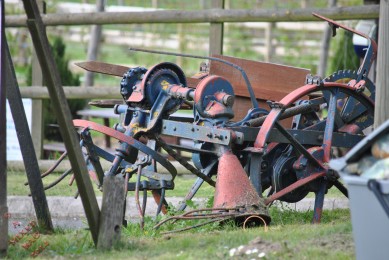 Please check out the main page of Sunday Photo Fiction to check out more stories and to read instructions on how to submit your own.

The Great Metal Infection of 2052 actually began in 2050. Biologists who studied the microflora of the Amazon River had trouble identifying a certain strain of bacteria in one of their samples. These bacteria had a highly unusual cell structure, and despite genetic testing, they could not say what the strain had evolved from, or discover its closest relative.

After a short period of time, the biologists began to notice something odd about their tools. Overnight, anything made of metal that was exposed to these bacteria, even the implements they had supposedly sterilised, began to warp out of shape, and odd protrusions would appear. Closer inspections revealed that the bacteria had managed to burrow into the metal and multiply within little surface nodes.

Their hottest incinerator seemed to deal with the affected instruments, but the laboratory couldn’t contain the infection. Within two years, there was devastation. Luckily, the same biologists also discovered the organisms’ aversion to gold, silver, copper, and titanium. The resulting production of alloys which are resistant to “metal rot” allowed humanity can carry on as it once did.

Which is a shame, really.

Zebra trying to fit in.